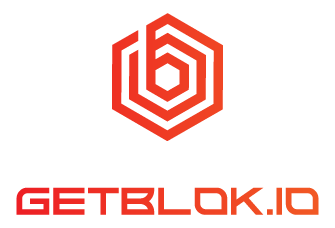 Ergo is growing. Indeed, plenty of Ergo projects are spawning and, in this article, I want to talk about the elephant in the room. But before that, let me ask you this: did you notice how mining lacks transparency in most Proof-Of-Work (POW) blockchains? You mine, sure, congratulations. But usually, the way you’re rewarded for your mining is non-deterministic. What is the exact share you deserve in that process? Is it fair? Is it transparent? Does it benefit everyone in a meaningful way? You don’t know. You’re panicking. Don’t panic like that. It makes me feel uncomfortable. Also because I have the solution for you: it’s called Getblok.

Indeed, Getblok came up with an original concept mixing smart contracts and POW mining to bring cooperation, fairness, flexibility, transparency and meaning to miners. Moreover, miners can now combine their strength to mine together in a flexible programmatic manner bringing “pools” to the POW world. The technology is backed by an original paradigm encapsulating Adam Smith and Karl Marx on a ledger, resulting in an openly shared equilibrium.

Getblok is a project redefining mining on the Ergo blockchain.

To do this, Getblok invented a new concept called “SmartPools”. It sounds smart.

In fact, a SmartPool is basically a feature allowing people to mine via smart contracts. Indeed, the payments for miners are encrypted directly on the blockchain leading to predictability, flexibility and transparency.

Now, why is it called a “SmartPool”?

Because in a SmartPool, multiple miners come together in a pool to increase their hashrate capability in a smart-contract way (“smart”) and share the rewards between themselves (“pools”). It’s a way to bring something like a “liquidity pool” to the proof-of-work world, where this concept usually doesn’t exist, as people mine for themselves only.

But there is more.

In SmartPools, miners are mining on Ergo and are paid in $ERG. But Getblok came up with an additional idea of “SubPools”. With SubPools, people can define new pools attached to a main SmartPool and configure it the way they like. For example, they can decide the token of the payment and be paid in a different asset issued on Ergo (like $NETA or $COMMET).

Now, the cherry on the cake is called “Plasma”.

Plasma is a scaling solution for SmartPools using compression techniques to increase speed and throughput of transactions. Indeed, the Plasma contracts are designed to hold thousands of miners at once, while paying out hundreds within a single transaction. In fact, they also ensure the security of miner funds in a way that is completely transparent and on-chain. It’s up to 20x faster payouts on pools under plasma contracts. Moreover, the maximum amount of miners per pool drastically increased to up to 10k miners. In short, Plasma SmartPools are SmartPools on steroids and 4 are already available on their website:

The steps defining the operations executed by a SmartPool are detailed below:

So what are the different steps?

Another cool feature GetBlok.io offers is managed hosting. If your power is too expensive, or you just don’t want to spend the time building a mining rig, the mining setup process can be done for you with various hosting plans proposed by GetBlok.io.

For example, one of them is called Bring-Your-Own-GPU (BYOG) allows you to use your own GPU hosted by Getblok:

3. The Roadmap And Partnerships

A list of partnerships are on their way or already live.

For example, the first one is with AnetaBTC: Getblok developed a SubPool paying Ergo miners in $NETA. Additionally, they have built integration with Aneta Angel NFTs that give miners an additional boost in rewards.

Then, another recent partnership has been launched with ErgoPad rewarding in $ERG AND in the ErgoPad token ($ERGOPAD):

Eventually, the last one to date is a SubPool with Comet paying miners in $COMET:

Moreover, Getblok is working on the future release of the Plasma feature dealing with scalability.

Briefly, the next steps for Plasma this year:

If you’re a miner and want to give it a go with Getblok, there is a page for you here.

Basically, you need to setup a client with a connection to your wallet.

For example, for windows:

Then, to start mining and cash out, go to their dashboard and click on SmartPools:

Eventually, select your favourite pool and click on the “start mining” tab:

And finally, after a bit of configuration, start to mine. This is a good starting point.

Additionally, I would recommend YouTube for a good end-2-end demo, like this video here about how to generate $NETA tokens:

You can contribute to GetBlok.io by mining or if you would like to create a SubPool. They are currently open to collaborating with projects and miners alike.

Also, if you want to build tools like of this of your own GetBlok.io does provide their code as open source found on GitHub. Where to start? Well, Getblok is using Ergo Script, a smart contract language developed on the top of Scala.

Firstly, a good starting point to learn it is the “Ergoscript-by-example” repository on Github:

For example, it will help you to develop basic smart contracts like create a pin lock contract to deposit funds. There is an Ergo playground that you can use to run the scripts and learn in a sandbox:

Also, you probably want to watch this introduction video about Ergo script:

Alternatively, If you’re a developer in a different language and want to help, there are plenty of things to do like helping to develop clients. For example, there is a project for a Javascript client here:

In conclusion, have a look at the different tutorials and feel free to ask questions on Twitter!

Are there investors in the room who believe in Getblok? In fact, believing in Getblok is believing in the Ergo ecosystem. However, there is a fair question you could ask: why investing in $ERG and all the other tokens ($NETA, $COMMET) from the Ergo blockchain? Well…:

… OOOPS! Indeed, it seems that plenty of Ethereum miners are migrating to Ergo because of the potential gains as the market cap is ridiculously tiny in comparison to the amount of innovation the ecosystem is bringing in. See for yourself:

Also, the price is coming down a bit after the recent surge, with potentially a nice entry point:

All of this knowing that more miners will come onboard. Indeed, this is facilitated by Getblok attractive arguments:

Finally, the tokenomics and the manifesto of the project convinced me. In summary, decentralized and fair:

The power of communities is underrated by digital asset analysts. In fact, it’s a very bad take in my opinion because crypto was born thanks to communities against governments and corporations. In reality, this is absolutely central to the success of an altcoin. So what about the the Ergo and Getblok community? Well, it’s a VERY strong one and people are extremely helpful and resilient. I’ve send DMs on Twitter to a lot of people from the ecosystem to tell me about Getblok and here is what say said.

The thing that GetBlok made, the first implementation of a smart pool, is huge. It’s going to mean so much for the Blockchain and the industry going forward. The ability to be paid in in different tokens. More transparent because everything is handled by smart contracts. Projects able to launch via mining pool emissions ( FIMO)

I think Getblok might be the most important out of any project building on top of Ergo. Revolutionizing the mining industry with smartpools and subpooling.

I know that Getblok delivers more decentralized environment to miners. I used to mine back then. Now I’m actually waiting for cheaper GPUs to start mining again. And I will give getblok a try for sure.

I like Getblok a lot. Smaller pool, so payments can be sporadic, but they are quick, so no missed shares. Very transparent. I get what I expect, never short or questionable like some bigger pools. Think their smartpools are the smoothest I have ever used. Open source. Impressive.

Getblok is a revolution in the proof-of-work world. The idea to use smart contracts to extend the concept of mining while still considering “work energy” as the ruler is a powerful idea. For example, imagine upgrading Bitcoin with smart contract capabilities so miners could cooperate transparently while keeping the holy grail: the “work proof” necessary to validate a block. In other terms, Getblok is half way between Cardano and Bitcoin. Consequently, this could open the door to clusters of POW pools with different values, different payment tokens diversifying the ecosystem while ensuring a very high level of security. Getblok is maybe the ultimate bridge we have been waiting for. It sources communities of high-standard miners sharing hashrate but never compromising on centralization bringing balance and harmony to the galaxy.