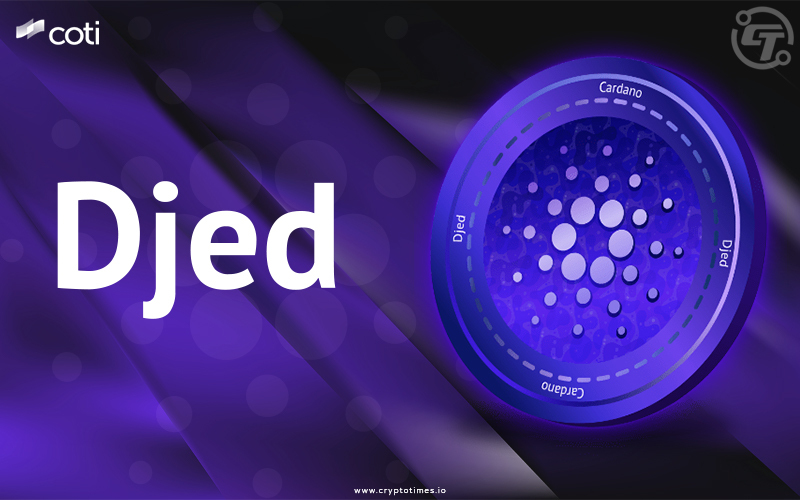 1. What is the Djed stable coin?

Djed is a stablecoin based on an algorithmic design. It uses smart contracts to ensure price stabilization. It operates by keeping a reserve of base coins, and minting or burning stablecoins and reserve coins.

Here is an overview of the stablecoins, by category (“fiat-backed”, “crypto-backed” and “algorithmic”):

Djed is both “crypto-backed” and “algorithmic”. It uses the strength of smart contracts to ensure that the price is stable based on a crypto reserve asset.

How does Djed work?

And you will have 1 DJED back:

When selling 1 Djed, there is a burning of the token taking place:

To finally give you back the dollar equivalent in ADA:

-Now what if there is not enough ADA pay back the user:

Because of the variability of the ADA available, we want to avoid a bank run of a crash of the system when people want to sell their stablecoin. The solution to that problem is called SHEN.

SHEN is a “reserve coin” ensuring that the whole stablecoin mechanism works despite high price volatility of ADA or lack of availability of ADA in the pool:

The whole system operates by keeping a reserve of base coins, and minting and burning stablecoins and reserve coins. The contract maintains the peg of stablecoins to a target price by buying and selling stablecoins, using the reserve, and charging fees, which accumulate in the reserve. The ultimate beneficiaries of this revenue stream are holders of reserve coins, who boost the reserve with funds while assuming the risk of price fluctuation:

In the following, the “SC”(StableCoin) is DJED and “RC” (“ReserveCoin”) is SHEN:

Also, a last important point, Djed and ADA Pay plan to work together:

I will let you think about the potential.

2. The reliability of Djed

After the Luna crash drama, it’s fair to ask: why would Djed be more secure? Well, I read their very (very) impressive whitepaper that you can find here.

One of the theorems is proving that the peg mechanism won’t break solely because of a market crash:

This is essentially to make sure that this can’t happen:

Another theorem is proving that no bank runs can happen based on 2 stablecoin holders selling at the same time:

To finally conclude after some equations that: “the following theorem shows that, provided that the exchange rate remains constant, the equity per reservecoin always increases.” proving that no bank runs can actually occur.

Then, there are stuff happening that I don’t even understand (I have a degree in Maths) like the following art work:

Another reason why the project is very reliable: the algorithm is based on a collateral ratio in the range of 400%-800% for DJED and SHEN. ADA price fluctuations are offset by SHEN, covering shortfalls and guaranteeing the collateralization rate.

The ADA reserve pool is not managed by market makers, but by users who mint the SHEN reserve coin and add ADA to the pool. This provides a decentralized aspect to the DJED mechanism. SHEN holders are incentivized to provide liquidity through fees.

For every 1 DJED minted, there are 3–7 dollars worth of ADA in the reserve pool.

3. How to play Djed as an investment?

One of the first things to notice if you’re an investor is that DJED, ADA and COTI are connected to each other:

As the provider of this service, COTI collects fees on both the minting and burning of Djed and of the reserve coin.

It’s possible to convert such ADA fees to COTI coins, initially by buying COTI directly in the market and supporting the demand for COTI, then by depositing such COTI in COTI’s treasury, for the benefit of the treasury users. It’s a real win-win and a great opportunity for the COTI ecosystem.

In other words, if Djed gets adopted, ADA and COTI get some traction too.

And regarding prices, It’s fair to say that ADA will be an amazing entry point when Bitcoin finishes dropping:

Investing in Cardano is believing in Djed but also in the whole VC fund it’s becoming through catalyst. You can see the future of Cardano as a VC fund using ADA for founding and DJED as a currency to pay.

But COTI is also another investment idea if you want to play Djed taking over, down 75% from its all-time high:

I like the triangular system maintaining the Djed stablecoin structure involving DJED, ADA and SHEN. The formal code backing the mechanism with clear theorems making sure that catastrophic scenarios don’t happen (e.g: bank run, unpegging) makes it sound very reliable and stable. The fact that the ecosystem is built on the top of Cardano with the opportunity to use Djed to pay through ADA Pay makes it also eligible for real use cases like… Paying for things! If you think Djed is the future of stablecoins, the logical investment is ADA and COTI as these blockchains will gain in credibility and will secure the stablecoin: an increase in demand will lead to an increase in prices.