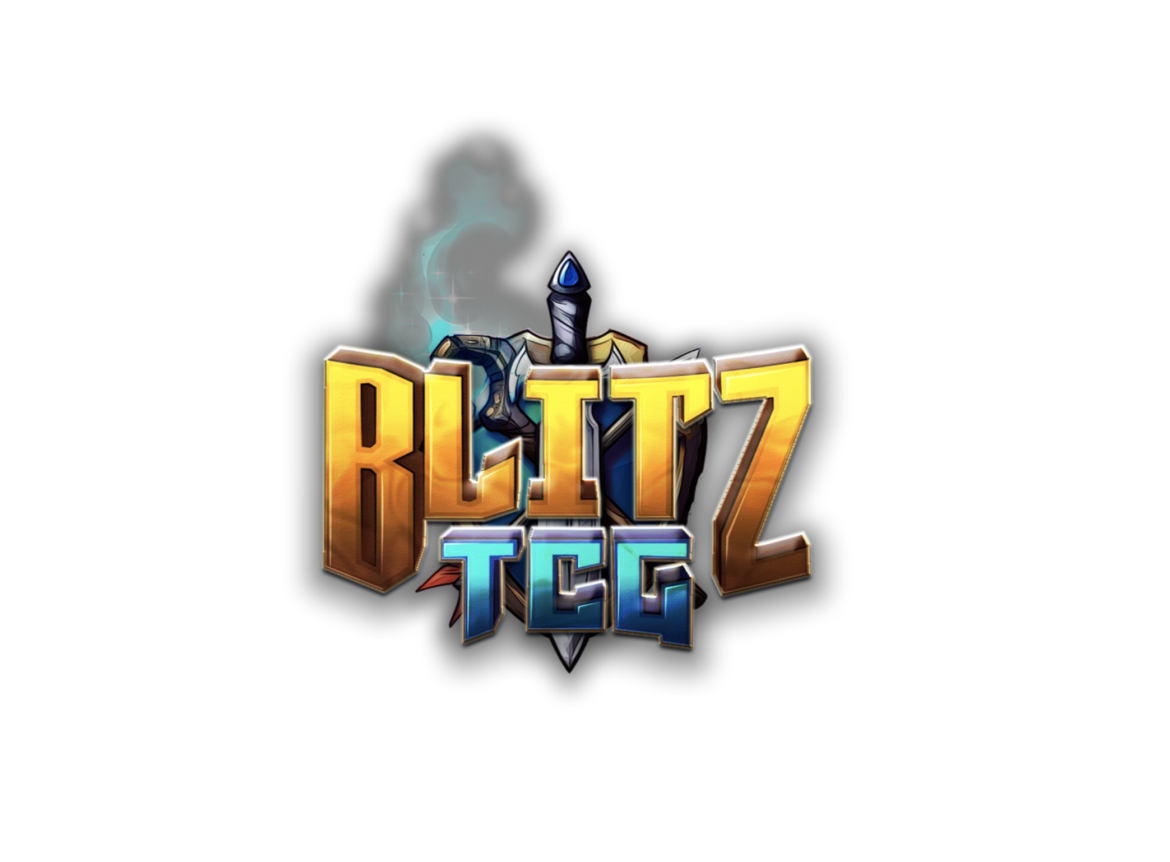 We often hear that a technology is at its top of its game when you don’t know you are using it. You are reading this on a mobile phone running in Kotlin, Java or Swift and I bet you never heard about 2 of the 3 I just presented to you. Blitz TCG (Trading Card Game) wants you to focus on the game first so you can forget all about the blockchain backup.

Simplification will result in onboarding millions of players from web2 to web3.

Blitz TCG is a Trading Card Game that is backed by 2 chains. Additionally, I found out that they aim to be different from all the TCGs already existing. You can also find one clue in their name : Blitz is a fast gameplay format in chess.

Blitz TCG is the first of its kind. During the last months we have seen a lot of blockchain-based games and among them a lot of TCGs. Indeed, blockchain is the way we trade -playable or not- NFTs but I will show you in this article that Blitz is slightly different !

So, the team chose to implement the game on two layer 1 chains : Cardano and Ergo.

The team chose Ergo because of its active development and its fast and cheap transactions.

Cardano has been chosen for its large user base and its great community.

Indeed, you will be able to connect with your favorite wallet from one of the two chains, or even with 2 wallets at the same time ! Remember, easy access is one of their main goals.

So, Blitz TCG is inspired, like many TCGs, of other TCGs (are you following?). This game takes inspiration from several well known AAA games like Hearthstone, Gods Unchained, Warhammer or DOTA. However, I believe that Blitz TCG will be noticed because of its different gaming protocol.

Instead of having a number of cards from your deck at the start and drawing a number each round, you have access to all your deck from the start ! Accordingly, the game limit you to play cards by the 2 main ressources of the game : Gold and General’s XP.

Think of your cards as objects that can be bought like in a MOBA shop.

Additionally, time will be a precious resource, I will develop more about it in the next part.

As announced per the Hardcore-Gamer and Project-Leader Mick Blackwell they want to :

Shift the mindsets of developers and gamers about the fact that : Yes blockchain can be used for other systems than Play to Earn or very expensive entry barriers !

As passionate about gaming as they are, they want players to focus on the game rather than what’s happening behind the scenes. Keeping studios funded and gamers satisfied, simple.

Again, web3 is about freedom. BlitzTCG wants you to be able to sell or exchange cards forever. Basically, blockchain is the best medium for that. We all have some digital assets that we bought with fiat money when we were young and that we don’t use anymore.

What if I could sell all of them today ? I believe that it is the most exciting point about combining blockchain and gaming : Bringing digital property to gamers instead of studios.

Today, when a studio fails or goes bankrupt you just loose all your digital assets -again, that you bought- at the exact moment the game is turned off ! And there is no way back for you to recover the loss.

Web3 is here to disrupt this and for all the best.

As said in our What is Wolves Of Rome article : Hello Blizzard !

Powerful thoughts from the founder here :

Against what is currently the norm in blockchain-based TCGs, the in-game Cards are not NFTs. Instead, each card possesses an ID and will be printed at a certain number, exactly like a token. In other ecosystems these kinds of assets we call these SFTs : Semi-Fungible tokens.

Cards will be available in 4 different rarities :

Your general is your player and will deal or receive damage. Each general has its own abilities and is able to play specific cards. Your General will start a match at Level 1 of XP and can reach a maximum of Level 10.

Basically you can use the Gold to play cards and both players start with the same amount. You will have to bid Gold at the start of a match to determine which player will play first. That means you have the choice to decide if you want to bid more and start first or accumulate and play stronger cards or abilities before your enemy.

You can earn Gold through 3 ways :

Basically your general starts a match at level 1 and can reach a maximum of level 10. Your General’s Experience is very important as it will enable you to play more specific or rare cards.

You can earn XP through 3 ways :

As in a blitz chess game, each player starts with a 3 minute timebank. For each of your turns, you will earn +2 seconds. That results in an average game time of 7.5 minutes, almost the same as Hearthstone. That promises stressful turns at the end of the timer !

They have not precisely tuned-it-up perfectly yet but the yet-to-come BLTZ token is in the pipeline.

There will be more details in the future but it is planned that you will be able to use this asset in a wide variety of cases like governance, card balancing, rewards etc…

In 2022, the team has achieved a lot and also has a lot planned before the end of the year !

They started their socials and released the WhitePaper in March 2002 and started the development in June 2022 while finalizing the Team. In September they kicked-off the pre-alpha tests and started working on the Card-to-Pack Smart Contract and the Website.

Before the end of the year they plan to :

Before the end of their first year of existence (March 2023) they plan to :

5. Lore and Artworks of Blitz TCG

The Lore is currently being widely developed and is situated in future time. War and famines have devastated worlds and resources are too short for races to survive. In order to prevent total destruction, the wise lifeforms have come to a treaty : The Blitz treaty.

The Blitz Treaty stipulates that every century, each race will send its most powerful warrior (the Generals) to battle. Ressources that you will obtain for each won battle will prolonge the existence of the General’s race.

Find out more in their WhitePaper !

Additionally, I’ve asked some of their active followers about why they look forward to the game, here are their answers :

I believe that we will hear of Blitz TCG very loudly in the future as this project has a lot to bring to the players and the developers. Indeed, I sincerely hope that this kind of strategy of bringing back gaming to the first place will change minds. We can dream that this process will be a norm in a few years and that blockchain will be mainly used to support games. Finally, that will give ownership to users, rather than promising us huge amounts of fool-money earned while playing.

Again, web3 is about freedom before anything else. I can’t wait to see you on the battlefields readers !

Please : Take care, this is not financial advice, remember to Do Your Own Research (DYOR) before investing !

Best Coins To Mine

What is Evergrow Crypto (EGC)?

What is Evergrow Crypto (EGC)?

Best Coins To Mine

What is Saitama Crypto (SAI)?