Home » What Is The Crypto Philosophy? 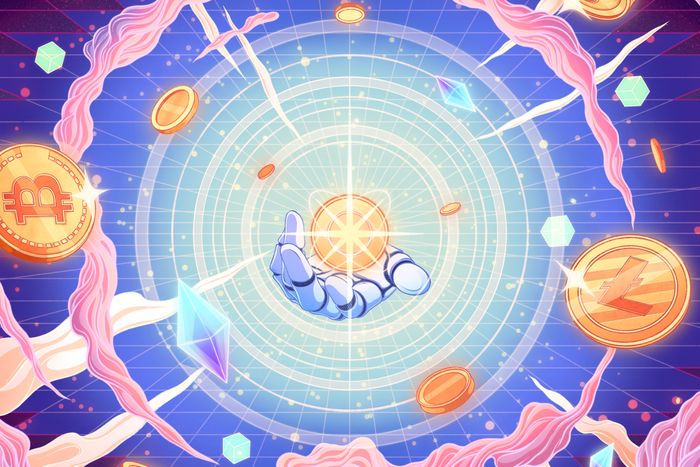 What Is The Crypto Philosophy?

The crypto philosophy refers to the set of beliefs and values that underlie the development and use of cryptographic technologies. These technologies, which include encryption and secure communication methods, have played a vital role in shaping the modern internet and have been at the center of debates about privacy, security, and freedom of expression. You probably ask yourself: how did it all start? With the cypherpunks.

The cypherpunks were a group of activists and technologists who emerged in the late 1980s and early 1990s at the core of the crypto philosophy. They were motivated by the belief that cryptography could be used to protect individual privacy and enable secure communication in the face of government surveillance and censorship. The cypherpunks were influential in the development of cryptographic technologies such as PGP (Pretty Good Privacy), which was designed to enable secure email communication, and they played a cetral role in the emergence of the concept of “crypto anarchy,” which advocates for the use of cryptography to create a society where individuals can operate anonymously and outside the reach of governments and other traditional authorities. How did it continue? With the emergence of web3.

2. After the cypherpunks, the web3 philosophy?

Web3, also known as the decentralized web, came later as a term. It is a vision for a new kind of internet that is built on decentralized technologies such as blockchain and peer-to-peer networks. The goal of web3 is to create a more open, transparent, and secure internet that is less reliant on centralized authorities and more resilient to censorship and control.

The foundation of web3 philosophy is based on a number of key principles, including:

3. The future of the crypto philosophy against CBDCs

Cryptographic technologies, such as decentralized cryptocurrencies, offer the potential for a more open, decentralized, and secure financial system that is less reliant on traditional financial institutions and central banks. On the other hand, CBDCs offer the potential for central banks to provide digital versions of their fiat currencies that can be used for electronic transactions and potentially offer more convenience and accessibility for consumers.

It is possible that both cryptographic technologies and CBDCs could play a role in shaping the future of money and financial systems, and it is likely that they will continue to evolve and interact in various ways. Ultimately, the success or adoption of one technology over the other will depend on a variety of factors, including consumer demand, regulatory environment, and technological developments.

4. How could the crypto philosophy disrupt authentication?

Overall, cryptographic technologies have the potential to significantly impact the way that authentication is performed and can enable more secure and decentralized methods of verifying identity. Have a look at IAMX for a concrete project around authentication: they’re planning to disrupt the authentication industry by using DIDs on the Cardano blockchain.

No one can tell exactly what the future will hold, but it is possible to imagine a future where cryptographic technologies and philosophy play a central role in many aspects of society. In such a future, it is likely that cryptographic technologies would be used to secure a wide range of communications and transactions, including financial transactions, voting systems, supply chain management, and more.

One potential outcome of this widespread adoption of cryptographic technologies is that traditional centralized systems and institutions, such as banks and governments, could be disrupted. Decentralized systems enabled by cryptographic technologies could potentially provide a more efficient and transparent alternative to these traditional systems, enabling greater individual control and autonomy.

In this hypothetical future, the use of cryptographic technologies could also potentially lead to greater privacy and security for individuals and organizations. Encryption could be used to protect sensitive information from being accessed by unauthorized parties, and decentralized systems could enable greater accountability and transparency.

It is important to note that the widespread adoption of cryptographic technologies would also likely bring with it new challenges and complexities. For example, there could be concerns around the potential for criminal or malicious use of these technologies, as well as the need to address issues related to interoperability and scalability.

Overall, it is clear that the potential impact of cryptographic technologies on society is significant and multifaceted, and it will be important for individuals and organizations to carefully consider the implications of these technologies as they continue to evolve.

Calculate The Volatility Of Crypto Portfolios In Python