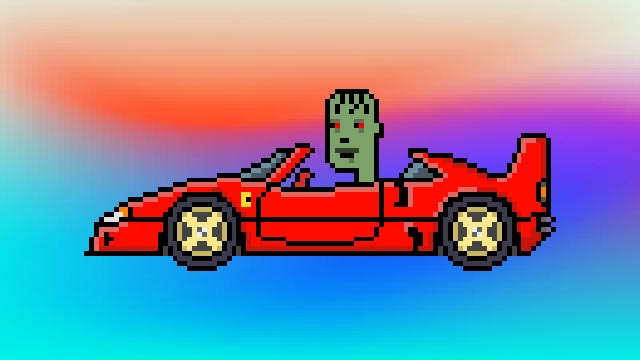 Play-to-Earn (P2E) games are very popular in blockchain ecosystems lately. Indeed, even in the middle of this bear market, P2E gaming in Web3.0 is getting a surprising amount of traction alongside many other Web3.0 concepts. Why? Because unlike gaming in Web2.0 where gamers pay for playing the games, Web3.0 rewards players for their attention, time, and activity.

In this article, we would like to talk about Stacks Degen, built on Stacks, one of the p2e crypto games that is founded on the belief that Web3 should reward its participants and provide a community of frens with same interests while earning money.

What is Stacks Degen as a p2e?

The Stacks Degen community is creating a platform where players can earn rewards while playing a fun game. Degen holders will connect their wallet to the Stacks Degen website and race their own Degen in a single-player format. There are several NFT collections such as the New York Degens and Miami Degen with which each player can play.

Stacks Degen is one of the first NFTs and p2e crypto games built on Bitcoin via Stacks with off-chain utility. While this is enough to boast about, the Stacks Degen team aims to be much more than that.  They are looking to create one of the best p2e games in web3.

How to Play Stacks Degen

Go here to start your race. To play, you need to have one of the Degen NFTs. It could be the Miami Degen or the New York Degens. You would need to connect your wallet and if you own a Degen NFT, you may select a racer, and then race. Once you connect your wallet to the Stacks Degen website, the website generates the in-game graphics for your specific Degen.

You are then set to race and earn.

However, you also need to confirm your transaction by sending in the appropriate amount of coins to the reward pool before you can record your run.

To win the race, players must outrun other vehicles and cross the finish line as quickly as they can. You will be able to view your high score with your Degen as well as the overall best score out of all the participants. This is because their time will be saved in a database. In addition, a leaderboard will be included so you can compare your performance to everyone else’s.

Additionally, Degens will be matched up for the day in a bracket-style tournament, and the Degen who posts the best time advances to the following day of racing until a Champion Degen is selected.

Fortunately, if you do not have a Degen, you can mint an OG Degen on the STXNFT marketplace via these links;

The Degens unique characteristics do not hinder how well they play. The navigating and speeding abilities of all Degens are equal, and your performance determines your score.

Furthermore, the game also features customizable NFTs where each car part will be an individual NFT which you can trade, attach or detach individually.

How To Participate in a Tournament

There are a limited number of spots available in the competitions for this p2e game, so it’s first come, first served. Every tournament will have a Google Form posted by the Stacks Degens staff in the announcements channel of our Discord for you to register your wallet address for. If you succeed in getting into the competition, you can choose to race in it from the same page you would visit to play the game.

The game was launched on Christmas Day in 2021 and since then there has been a lineup of events, integration, and improvements for all who love to play. Here is the list of items on the roadmap of the project:

Initially, the Stacks Degen team gave its players all the STX that were raised through the minting process. It would interest all Gamefi lovers to know that Stacks Degen has really cool and innovative incentive structures.

Payouts can be in the $BTC or $STX. Payouts come from a player’s reward pool for each lobby. What this means in practice is that the players would commit a certain amount of Stacks or city coins or whatever Stacks currency they want, even Bitcoin. Have a look at this tweet describing the idea behind the rewards:

Also, players can commit to Bitcoin or any other incentive, then compete for them in the players’ rewards pools. The reward pool distributes funds to stakers and helps create a decentralized accelerator.

Be warned: the winner takes it all in Stacks Degen.

At The Altcoin Oracle, we love Stacks because of the principle behind the ecosystem: secure all transactions using the safest blockchain on earth (i.e: the Bitcoin network). The community and the ecosystem are vibrant. Stacks Degen caught our eye as an early ambitious game with potential and it’s likely a first article of a long series of gaming ideas that are being developed in different ecosystems.

Without a doubt, the idea of earning while doing what you love is interesting and worth a try. Stacks Degen not only allows for this, but it also promises a more inclusive gaming community with decentralized control for every player.

Stacks Degen is a very interesting project. It is not only the first P2E game in the Stacks ecosystem. It also pioneered the Proof of Transfer consensus mechanism, hence the first project to connect two blockchains.

Pioneering such ambitious projects like this puts Stacks Degen on the frontline for long-term profitability and fame. The project isn’t perfect but a lot of changes are being made and it promises to be rewarding.

If you’re a Stacks fan or even if you’re not, give it a try and let us know what you think!

Have a good day everyone and thanks for reading.
n.b: this is not financial advice